Smart factories, enabled by augmented reality, predictive analytics, and the digital twin, may not be as futuristic as you think. Need inspiration to get started? Here's our vision of the factory of the future, and the people and processes that will be impacted.

William pulls his white pickup truck into the parking lot. Bill, as he’s known in the plant, is the Director of DevOps at Stuart Sprockets, a major component manufacturer, and he is running a few minutes late. After starting his career with Stuart as a maintenance technician, Bill worked his way up through the ranks, and was promoted to Plant Manager five years ago. Two years later, as part of a firm wide reorganization, he became Director of DevOps and gained responsibility for the design of all products produced in the plant. Since that time, Bill has earned the reputation of a visionary when it comes to implementing digital technology in a manufacturing environment.

Bill hurriedly scans his phone, passes through the turnstiles, and enters the factory. He slides on his smart safety glasses and begins to walk the aisles of the plant on the way to his desk. He switches on the Manager Vision heads-up display and scans the shop floor. Information fills his field of vision—current shop status, current period performance, past period performance, trends, anomalies, non-operational equipment, and more. Seeing Machining Center #3 shaded in yellow, indicating an anomaly in the machine’s operation, he adjusts his route to pass the station. Bill then greets Joel, the operator in the work cell, and asks about the anomaly.

“Hi Boss,” Joel replies. “It’s actually a design change that came in from product engineering last night. The customer altered the way they want to mount our product at the last minute, so engineering released a new version of the 3D model. There was an immediate alert sent to us at the production line, and a new CNC (computer numeric control) program was generated automatically from the new 3D model to reflect the changes. We are now producing the part with the new design.”

“Well done!” Bill exclaims. As he walks away, he shudders to think of how a late design change would have been handled a few years ago before the concept of a digital twin used 3D data to link design and manufacturing. “In the days of paper drawings,” he thinks, “I would have had to spend an afternoon dealing with the issues of getting the CNC program updated, scrapped parts, and an unhappy customer!”

Bill decides to step in to the daily maintenance ‘stand-up’ meeting for a few minutes. He likes to spend some time each day understanding how the team members at Stuart accomplish their daily work. Bill listens to Christine, the Maintenance Manager, list the planned work to be done during the upcoming lunch break. As he listens in, he reflects on how much the maintenance technician job has changed in the past few years.

For years, Stuart had collected massive amounts of data on the components of each machine they operated. As the data sets grew over time, they became more valuable as inputs for predictive analytics based on machine learning algorithms. Now, the team can accurately predict machine component failures for many of their common processing machines before they happen. This alerts maintenance teams in advance, and allows them to schedule the replacement of components without affecting production. Maintenance spends less time fixing breakdowns and more time on preventative maintenance, significantly reducing machine downtime.

Bill sits down for lunch with the product engineering team. They seem to be in a particularly good mood, which had been a common theme over the past year. However, it was not always that way. Bill remembers just three or four years ago as he was developing the pitch for the digital twin project to the Board; when product engineering was his strongest opposition.

The digital twin has been a somewhat dramatic change for product engineering. In the past, PDFs of signed paper drawings were the master record of product design information, but the digital twin made the 3D model the master. This initially upset many product engineers, who were resistant to change and could not foresee all the downstream benefits. However, now that they have adapted to the new way of working, the morale is better than ever. The tedious and administrative work required to create, print, gain approval, scan, and archive a paper drawing is now eliminated and engineers focus their time on more critical design work. And, the greater searchability of the product lifecycle management (PLM) system makes it much faster for an engineer to access any information or model required for reference.

Bill is about to ask one of the engineers about the last-minute design change from the previous night when he is interrupted by a call on his cell phone. It’s Linda, his General Manager of Quality Assurance, a frequent bearer of bad news. He steps away from the lively table, greets her, and cautiously asks why she was calling.

“Bill, I just want to inform you of a regulatory change in Canada,” Linda starts. “A grease, spec number SG19274, that we use on several products has been banned in all of Canada, effective next month.”

Bill starts to worry; 20% of Stuart’s sales are in Canada, and he has bad memories of regulatory changes like this one. He remembers quality engineers having to go through reams of paper drawings and stand-alone databases searching for spec numbers to discover the full extent of use of an oil that was banned in California six years ago. However, what Linda says next calms him significantly.

“We have run an attribute search of the Bills of Material of all of the products we are scheduled to produce as well as all existing products in inventory, and have identified only two products intended for Canada that use this grease. We will request that engineering make design changes to these products to opt for alternative grease. Inventory impact is minimal since the one product in inventory can be sold elsewhere. We will also make sure that there is a design rule that states that this grease may not be used in any Canadian destination products in the future.”

“Nice work Linda,” Bill replies. “This could have been a lot worse. Good use of the new digital twin system capabilities.” He gives a sigh of relief and returns to his lunch table.

Bill has his monthly call scheduled with the CEO in 30 minutes, and is feeling a little nervous, so he steps out of his office and scans the factory floor from his second floor balcony. He watches one of his operators as she sets up one of the machines for a productivity improvement trial that Bill had heard about. As he watches her set up the trial jig, he thinks about how the job of operator has changed over the last five years.

The removal of paperwork and manual entry, the connection of data, and the automation of manual tasks takes away the menial work of operating a machine. Operators now have time to serve as factory entrepreneurs, working to develop and implement ideas that optimize the performance of their work cells. With a wealth of data now at their fingertips, the operators spend most their time problem solving, gathering insights, and conducting experiments in a digital environment. They have even started efforts to gamify their work, and instill a form of healthy competition between the different work cells.

The unlocked potential of the operators to drive improvements of their own processes has already paid dividends. Bill is pleased to see the safety, quality, productivity, and cost improvements at the plant, all from ideas that initiated on the shop floor. Feeling a lot better, Bill steps back into his office to do some final preparation for his call with the CEO.

The phone rings and as expected, it’s the CEO Roger Stuart III. “How are you Bill?” he bellows. “I’m excited to talk about some of the results I’m seeing from your plant. Profit margin on products from your operation is up 8% this year alone. It looks like some of this data wizardry you pushed us to invest in is actually paying off!”

For the next hour, Bill and Roger talk. It seems that Roger is now fully bought-in to the digital vision that Bill has pursued for the past three years. Significant improvements in manufacturing cost driven by reductions in labor and scrap, as well as increases in productivity, are impressive to Roger. He is also a supporter of the organization’s focus and morale improvements driven by reduction in menial administrative work and increase in time spent on value-added tasks. Roger also mentions his delight with the business’ improved sales win rate, enabled by using data to focus only on the leads with the highest potential to result in success. For the first time, Roger seems truly committed to investing in digital technology company-wide, and he’s looking to Bill for advice. When the call is over, Bill can’t remember a time he felt more satisfied with his work.

Bill responds to his last email of the day, gets up, and leaves his office. The plant will continue producing at a steady rate into the evening. He passes a pair of maintenance technicians, preventatively changing out the gear box in one of the machines, wishes them a good night, and heads out to his truck. Now heading home, Bill thinks of how digital investments, made back in early 2017, are paying off and helping the entire plant and management team succeed. 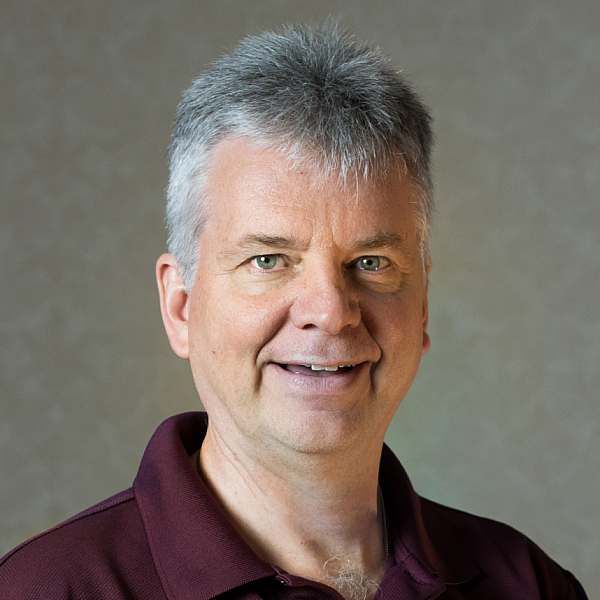 Michael Glessner is a director with Kalypso and has worked extensively in the areas of business and innovation strategy, product development, portfolio management, smart connected operations, large-scale organizational change leadership, and the software systems that enable innovation. His industry experience includes life sciences, industrial and high technology companies. He is a frequent speaker and writer on innovation effectiveness, disruptive innovation and time-to-market reduction. 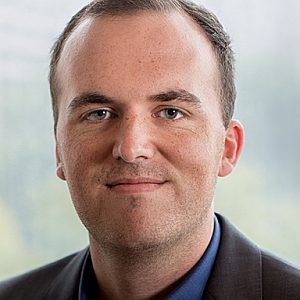