Prior to joining Kalypso, Benjamin worked in one of Mexico's largest dairy companies, where he worked to improve its supply chain efficiency by optimizing cross-functional processes. In parallel, he worked in smaller web development projects, in which he contributed to both functional and technical aspects by gathering requirements and doing front and backend development.

He also contributes to the firm by collaborating on Thoughtware, participating in recruitment activities and promoting Kalypso's culture though internal activities.

In his spare time, Benjamin enjoys swimming, watching movies, shopping, learning new languages and discovering new places with friends. Doing any of these with good company is always a plus for him. Also, he is well versed in the art of "Dad Jokes". 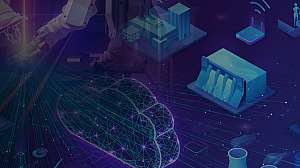 Article: Smart Factories: 12 Lessons Learned from the Field
Article: Is it Time to Invest in Additive Manufacturing? Three Things to Consider
More Viewpoints by Benjamin